MAYNE ISLAND LIONS CLUB
THE SANTA SHIP WILL BE ARRIVING A BIT LATER THIS YEAR DUE TO VESSEL REFITS
​AND SOME NEW CREW.
BUT -- NEVER FEAR, BECAUSE OUR REVERED SANTA CLAUS WILL SOON BE HERE. 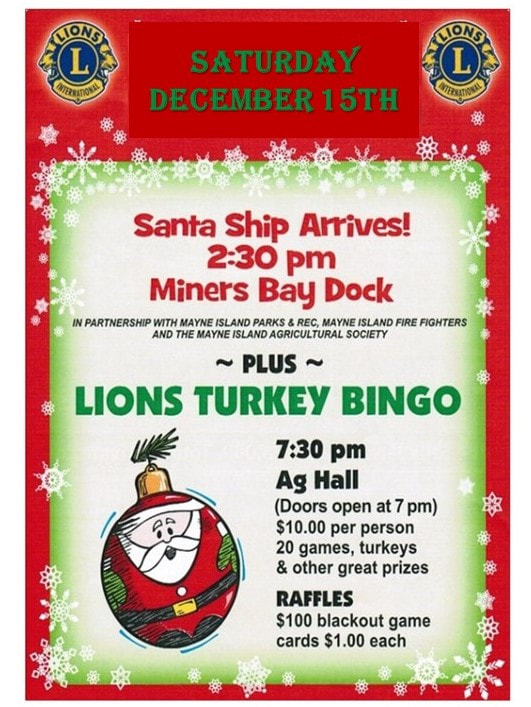 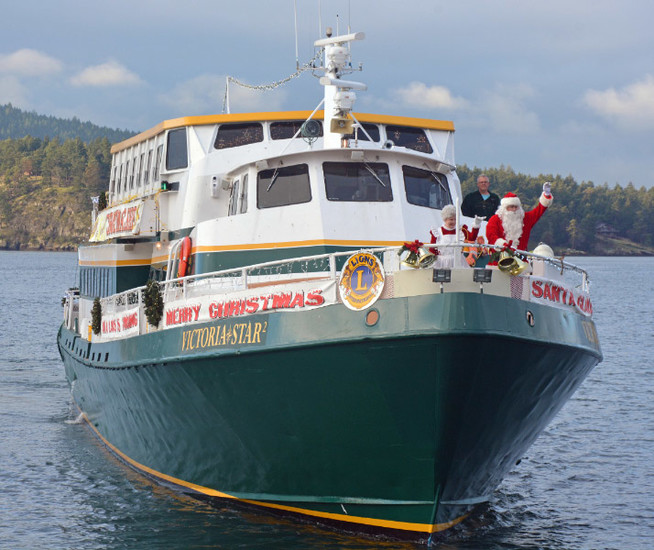 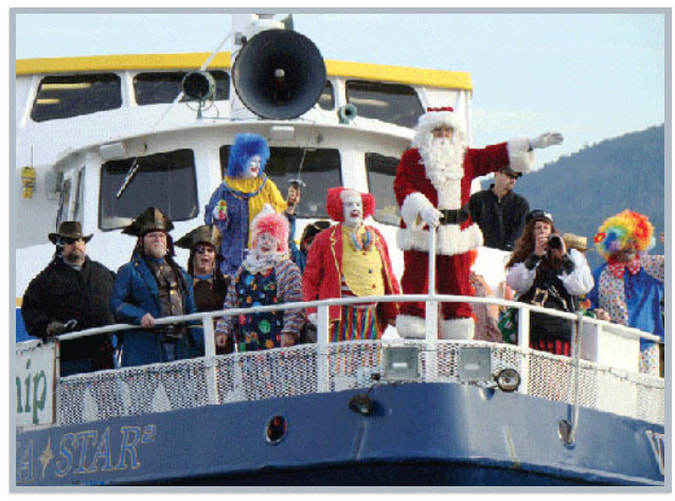 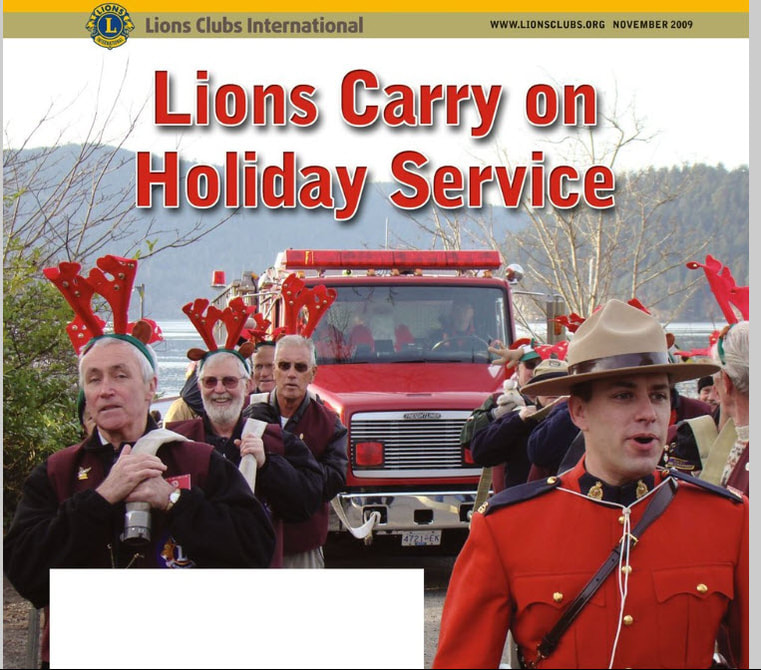 In parts of the world, Santa arrives by sleigh, slides down chimneys, or walks through front doors. But for people living in small island communities in the Pacific Northwest, access to the mainland is limited – and children rarely have the chance to visit Santa.
​
The Lions Step In

Lions Clubs in the Pacific Northwest saw the need, and wanted to do something to make the holidays happier. “The kids on the islands didn’t have transportation to and from the big cities,” according to Don Wight of the Bellingham Lions Club. “One of the islands asked if a boat that had lights on it could possibly come out to the islands with candy and toys for the kids.”
​
That marked the beginning of the Christmas Ship.  Every December for the past 70 years, Santa has suited up and stepped off the Christmas Ship to bring gifts and joy to people living in remote islands off the coast of Bellingham, Washington in the United States and British Columbia, Canada.  The Santa Ship sails from Bellingham WA to the Southern Gulf Islands bearing gifts and Santa Claus, along with Mrs. Claus and assorted dressed-up helpers.  The motley crew aboard the Santa Ship are all Lion volunteers from various clubs that compete for the privilege of being a participant.  Pirates and clowns and assorted merrymakers including a choral group all share in this wonderful opportunity for our island children.  Each year is marked by a special Christmas ornament available for sale at each stop.  Everything helps to keep the "ship afloat".

The Santa Ship returns to the Gulf Islands every mid-December.  Hosted by Lions Club International, the stops include Mayne Island, Saturna Island, Pender Island, and Salt Spring Island. Additional stops happen in the following day across the San Juan Islands in the other side of the border.  Usually a Unit of the Royal Canadian Marine - Search and Rescue - in their high performance rescue craft are part of the safety escort.

At the Ag Hall Santa will greet the Mayne Island children and hand out gifts.  Then he is off to the next island where more children are waiting for him.  Weather and stamina permitting all of the populated outer islands in the Gulf and San Juan island groups will get a visit.

Santa and his trusty crew have come and gone for another year.  But it is time to reflect on this event.  It is a wonderful time for the little children (and the big kids too) to greet Santa and get their chance to sit on his knee to tell how good they have been thus far. Not too many lumps of coal have shown up.  That's a good thing!

​The Gift That Keeps on Giving

Today, Lions dressed as pirates, elves, clowns, and Santa all climb aboard the Christmas Ship to create a unique holiday experience. Dozens of Lions clubs throughout Washington and British Columbia collaborate to make the project a success. “It just is inspiring to everybody there. Everybody feels it,” says Judy Portas of the Abbottsford Lions Club. “It’s just a vibration and they all cheer and wait. So it’s just a great, great experience.”
​
Almost all of the islands that the ship visits are home to a Lions Club.  And every island offers its own brand of hospitality – from bagpipes to bonfires to a fire truck escort. “It’s certainly well received on the island,” says Harry Lane of the Mayne Island Lions Club. “It’s an event nobody’s going to miss, that’s for sure.”
Lions Club International -- Write-up of the Santa Ship in the LION Magazine November 2009